Deny Willy Junaidy, the second year doctoral student from Nagai Laboratory, School of Knowledge Science has received "The 8th Research Grant for Educational Practice for Children". The research is based on the idea to deepen and expand a children educational good practice from both countries, it aims to enhance creative education for children learning from both countries. From 83 submitted proposals, 15 have been granted, including a proposal of Deny Willy Junaidy.

A study on model of children's play: a field study in Indonesia handicraft village

This study conducts a field survey in Indonesia handicraft villages, observing and analyzing children's formative play. We observe their familiarity on nature, local natural material, interaction with adult that may form their communication ability that synergy to their play culture.

"Bhinneka Tunggal Ika" which means unity in diversity is an Indonesian's spirit that address to foster ethnic and cultural diversity. This spirit is recognized to form Indonesians personality to be open and social. This experience is important to Japanese society in the future to form a rich character to children to be open, creative, and social.

This study explores the different culture by observing children at three craft villages in Indonesia. We study children's communication skills during playing, and investigate their traditional craftwork and playwork, which later to be compared with Japanese children.

This study is an attempt to learn and sharing from different culture, there will be difficulties encountered ahead, but it is challenging and worthwhile. I will continue to work hard under everyone's support, thank you.

I'd like to express my gratitude to the HAKUHO FOUNDATION being rewarded the 8th Research Grant for Educational Practice for Children. This is a success of wonderful team effort from Design Research Laboratory under a thoughtful direction from Prof. Nagai. I believe the findings will be valuable contribution to the understanding of the interplay of cultural circumstance and children's creativity in Indonesia and Japan. 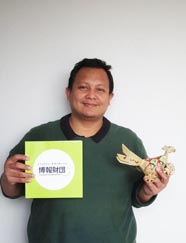 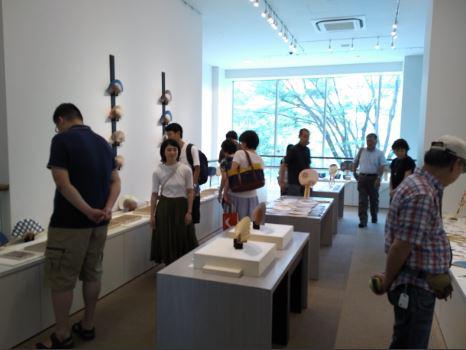