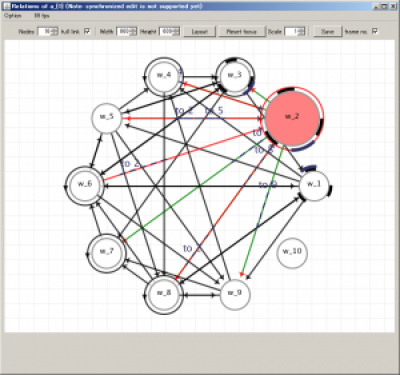 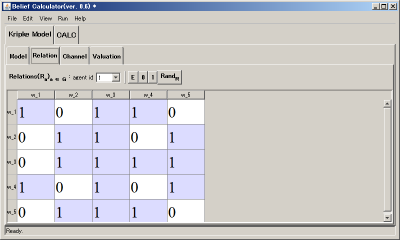 This is a simple calculation program for (multi-agent) modal logic. 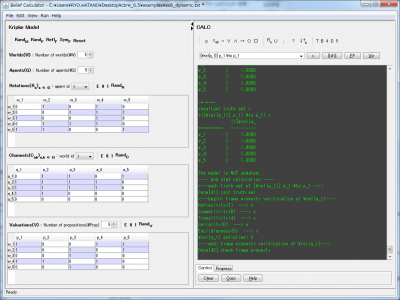 3 steps to install and run:

Execute run.bat (for Windows), run.sh (for MacOS and Linux, please do "chmod 755 run.sh" before execution.) or the following command at [INSTALLED DIR]:

For MacOS and Linux:

If you wish to try a developing version of Visual Editor, please add the following jars to your classpath (optional, for windows):

Please push HELP button on the software or see here.

Underlying concepts of our software come from the following papers.

Many thanks for my supervisor, Prof.Tojo, assistant Prof.Katsuhiko Sano and all reviewers of our paper. Thanks also for developers of Universal Java Matrix Package, JavaCC, Graphviz and Processing3. We thank anonymous referees of ICAART2015 and TTL2015 for their helpful comments.