The awardee, Dr. Muhammad Reza Kahar Aziz (graduated from the JAIST PhD course at June 2016, a member of Information Theory and Signal Processing Laboratory led by Prof. Matsumoto of Security and Network Area) is currently serving as a lecturer at Electrical Engineering Department, Institut Teknologi Sumatera, located in South Lampung District,the Southest Part of Sumatera Island, Indonesia. After his graduation, still we continued joint work, and a part of the joint work between his Lab in Indonesia and the JAIST Information Theory and Signal Processing Lab achieved a lot of results. A part of the results has been published in IEEE Access Journal (Impact Factor 4.098), based on which he received the IEEE Indonesia Section Journal Award.

According to the IEEE bylaw, each section provides award(s) to the author(s) of the excellent paper(s). Dr. Muhammad Reza Kahar Aziz received this award with the recognition by the award committee for his high quality publications, in part, of the joint work with JAIST and, in part, of his own research group (in total, for his two publications).

■Abstract
The primary goal of this paper is to propose a new factor graph (FG) technique for the direction-of-arrival (DOA)-based three-dimensional (3D) multi-target geolocation. The proposed FG detector uses only the mean and the variance of the DOA measurement including both the azimuth and the elevation, assuming that they are suffering from errors following a Gaussian probability density function (PDF).Therefore, both the up-link (UL) transmission load and the detection complexity can be significantly reduced. The Cramer-Rao lower bound (CRLB) of the proposed DOA-based 3D geolocation system is mathematically derived. According to the root mean square error (RMSE) results obtained by simulations, the proposed FG algorithm is found to outperform the conventional linear least square (LS) approach, which achieves a very-close performance to the derived CRLB. Moreover, we propose a sensor separation algorithm to solve the target-DOAs matching problem such that the DOAs, measured by each sensor, can be matched to their corresponding targets. With this technique, additional target identification is not needed, and the multi-target geolocation can be decomposed into multiple independent single-target detections.

■Short Message from his Supervisor, Prof. Tad Matsumoto
We are highly honored with the excellent work results of the joint work between Dr. Muhammad Reza Kahar Aziz's Lab in Indonesia and our Lab in JAIST. This award is an evidence by the IEEE Indonesian Section's recognition for Dr. Muhammad Reza Kahar Aziz's high academic activities; Even after his graduation, he continued his high activity, acquired an academic position, and worked actively together with us. In fact, the IEEE Indonesian Section Award reception has represented our strong policy and philosophy towards high quality research work of JAIST Information Theory and Signal Processing Lab to the public society. Our powerfulness has been represented also by another award reception that one of our lab's graduate received Niwa Yasujiro Memorial Award provided by Tokyo Denki University, one of the most prestigious award in telecommunications areas in Japan (two of our lab graduates received this award in two consecutive years), of which news release was made almost two weeks ago. When conducting theoretical research, not only the skills of the researchers but also the accumulations of the results and the continuation of cooperation with the graduates are of significant importance. I hereby would like to express my sincere appreciation to our lab graduates, their parents, and excellent support and enormous efforts made by the administration stuff of JAIST. 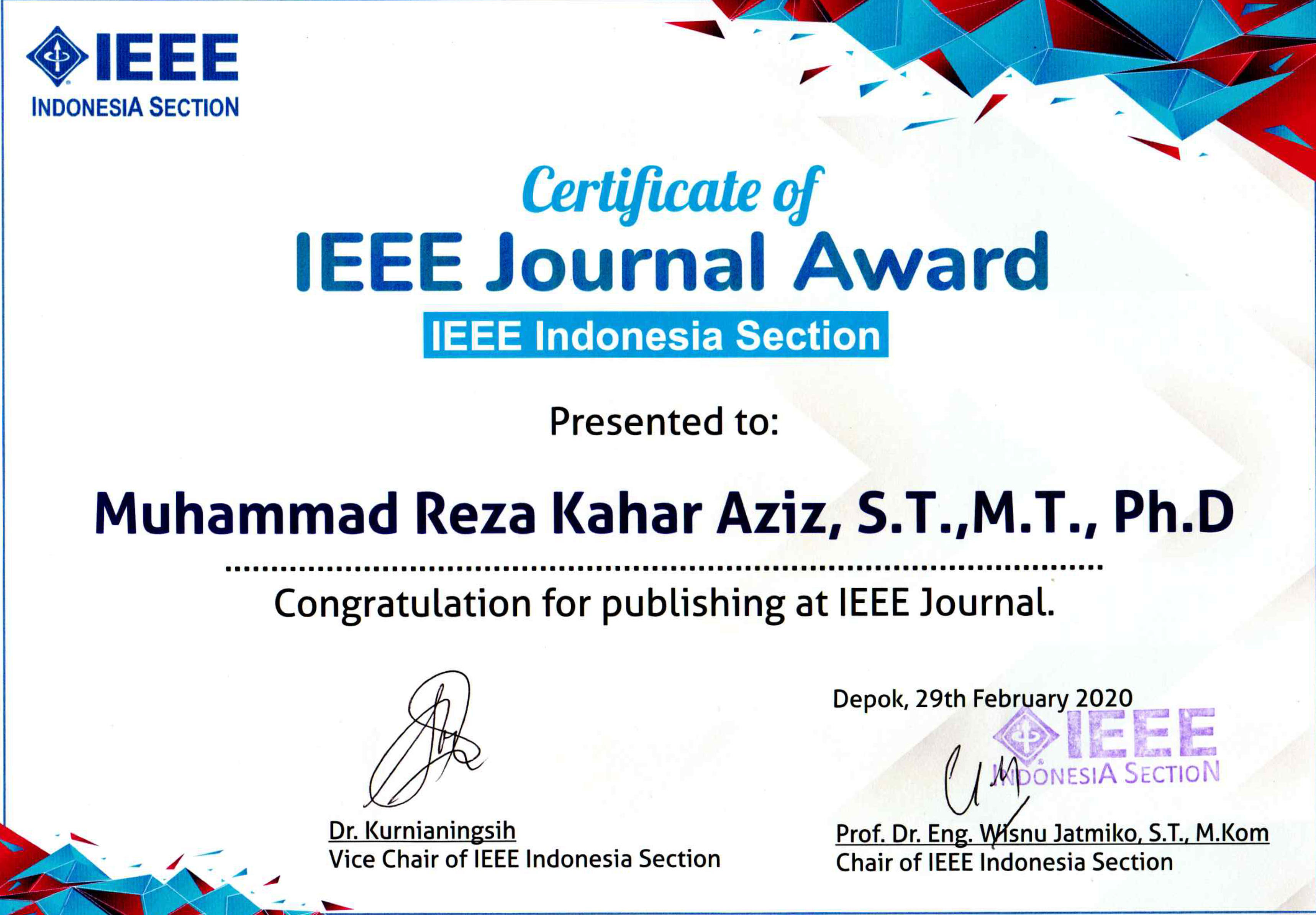