ISSS is organized by The Japan Society of Vacuum and Surface Science (JVSS) every three years. About 500 researchers in the field of surface science and nanoscience from Japan and overseas participate in this conference, and it is known internationally for the award ceremony of the Heinrich Rohrer Medal (Dr. Heinrich Rohrer has won the Nobel Prize in 1986 for the design of the scanning tunneling microscope).
ISSS-9 was held online on November 28 - December 1, 2021.

■Comment
I'm incredibly honored with Young Researchers' Award in ISSS-9. First, I would express my appreciation to the organizer of this symposium for providing us the opportunity to share and discuss our researches. Importantly, I would describe my gratitude to Prof. Oshima, Prof. Tomitori, Prof. Arai, for their precious support. And I am also grateful to Oshima-LAB members for their kind encouragement. This award is an essential motivation for me to further research and contribute to nanoscience community. 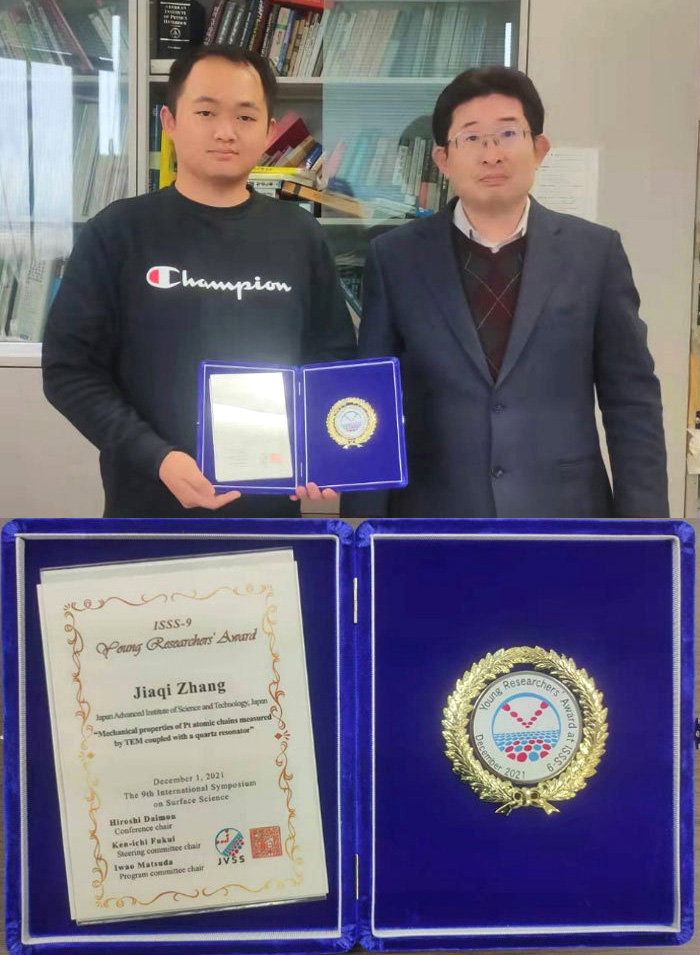