β-Silicon carbide (SiC)-based anode materials have recently garnered attention as a promising alternative to graphite in lithium-ion batteries (LIB). However, the conventional methods of preparation demand expensive equipment and involve complex multistep procedures. Scientists at the Japan Advanced Institute of Science and Technology developed a facile, cost-effective, and scalable technique for the synthesis of β-SiC nanoparticles. Further, combination of β-SiC and N-doped carbon was found to be highly efficient to enhance discharging capacity. The high-performance material allows easy integration with commercial LIB systems ensuring a wide range of energy applications.

Lithium-ion batteries (LIBs), known for their longevity, excellent charge storage characteristics, high energy density, and high operating voltage, have become the cornerstone of portable electronics, electronic vehicles, and the alternate energy economy. Manipulating the electrode material of LIBs is the most decisive and feasible method for improving their electrochemical properties. Current electrode material research has extended beyond conventional carbon-based graphite anodes and towards alternative materials such as transition metal oxides, tin, and silicon-based materials.

Silicon, the most abundant element on earth's crust after oxygen, has garnered a lot of attention as a promising anode material due to its electronic properties, particularly a high capacity. However, there is a catch: this material also undergoes a very large volume change during operation. This affects its stability, structural integrity, and electrical properties, which leads to problems such as particle breakage during charging and discharging or peeling of the current collector. These issues have held back silicon-based materials from entering the commercial LIB industry.

To circumvent these problems, Research Fellow Ravi Nandan, Doctoral Course Student Noriyuki Takamori, Technical Specialist Koichi Higashimine, Senior Lecturer Rajashekar Badam, and Prof. Noriyoshi Matsumi of the Japan Advanced Institute of Science and Technology, looked to zinc blende for inspiration. In a recent study published in the Journal of Materials Chemistry A, the team presents a sophisticated, instrumentation-free, and novel strategy for making unique zinc blende silicon carbide nanoparticles that can be carried out at relatively lower temperatures.

The three-dimensional intermetallic structure of the zinc blende system comfortably houses lithium ions in its interstitial sites. It also undergoes very little volumetric variations when the lithium ion is shuttling between host materials which ensure better longevity and reversibility.

The silicon-based counterpart of zinc blende type material is β-silicon carbide (SiC). Previous studies have reported techniques for the synthesis of β-SiC composites for anode materials but most of them involved complex procedures using sophisticated instruments. Prof Matsumi explains, "The energy, cost, and consumption associated with conventional β-SiC composite synthesis techniques severely limits its usage. We aimed to develop a user-friendly, easily adaptable, economical, and robust to widen the horizon of β-SiC across laboratories for electrochemical exploration. Without facile preparation methods, it would be difficult to match the literature and scientists' insights available for other peers like graphite from a LIB application point of view."

The team designed a two-step synthesis process for the preparation of the β-SiC-based anode material for LIBs (see Figure 1). The first step involved the formation of silicon nanoparticles in a polydopamine matrix, and the second step was its conversion into the special variant β-SiC nanoparticles in an N-doped carbon matrix. Interestingly, this conversion requires a much lower temperature (as low as 600°C) compared to conventional methods.

The material obtained (artistically depicted in Figure 2) was then used in anodic half-cell configuration and subjected to electrochemical screening. The results indicated high current density, rated capacity, and promising compatibility for reversible lithium-ion storage. It also exhibited high-capacity retention, approximately 94% after 300 cycles of charging and discharging to maintain discharging capacity of 1195 mAhg-1.

This synthesized material can be successfully used as an anode when combined with the commercial LiCoO2 as the cathode, and the full cells formed this way champion potential of β-SiC for use in a commercial LIB system. The facile preparation technique in this study has opened doors for many β-SiC and LIB-related research that were limited by the availability of materials."The global carbon emissions due to fossil fuel-powered transportation is increasing by the day. Our low-cost methodology for fabricating highly efficient β-SiC anode materials will allow the development of high energy density batteries for the cleaner and greener electric automotive industry through use in electric vehicles. In fact, their application can potentially be expanded to even other classes of vehicles such as trains, planes and ships," concludes Prof. Matsumi.

Figure 1: The two-step synthesis process for β-SiC, in a nutshell
An outline of the proposed methodology for designing silicon carbide, an enduring and effective anode for potential adoption and application in Li+-ion battery. 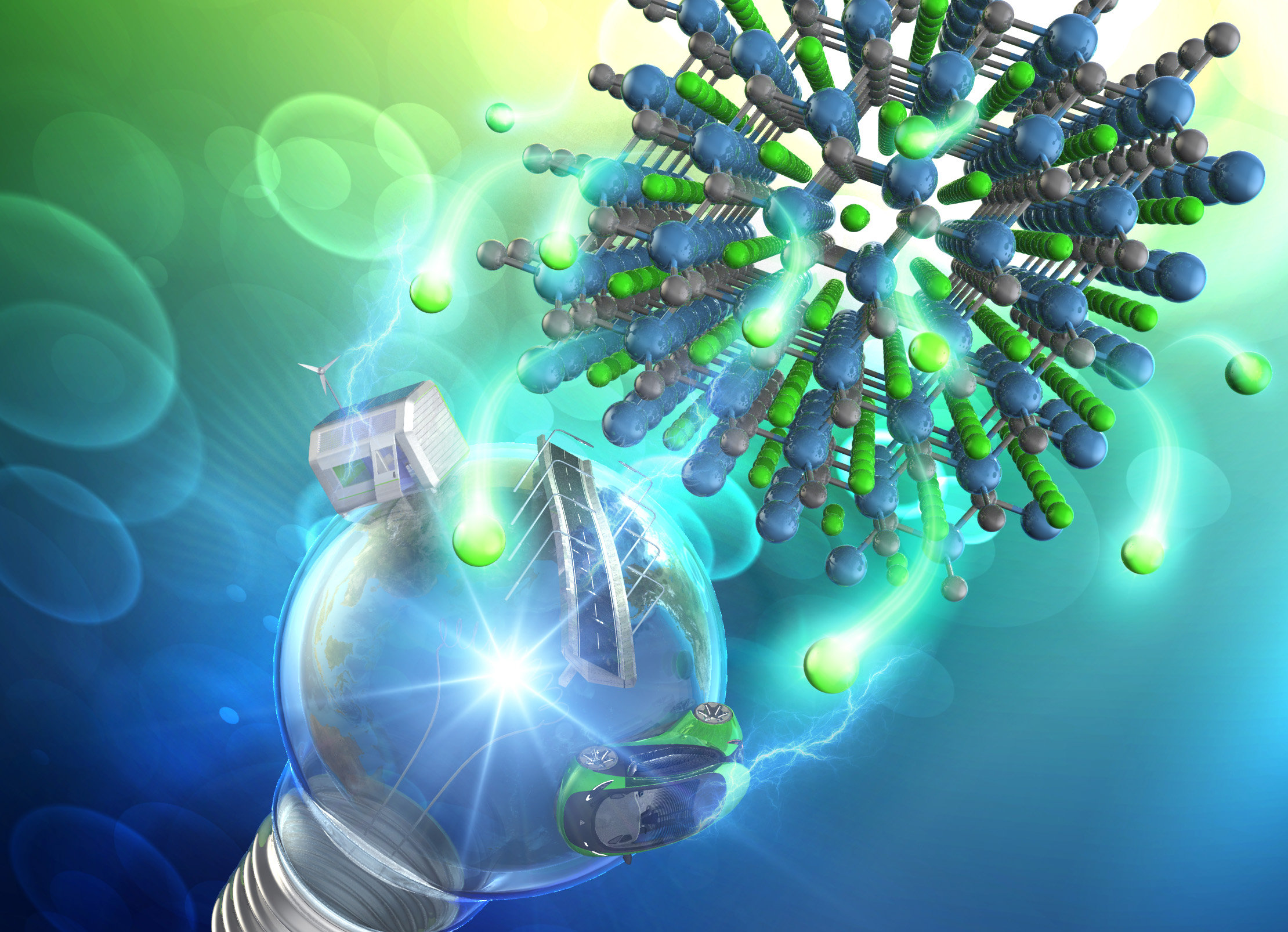