Silicon-based negative electrode materials have excellent energy capacity making them ideal for use in lithium-ion batteries. However, their practical application faces challenges including lack of mechanical strength and rapid capacity fading. To alleviate these problems, scientists from Japan Advanced Institute of Science and Technology have developed an electrode material inspired by the properties of silicon grafted with black glasses. Anodes prepared from this silicon microparticle-based material were highly resilient with excellent capacity retention.

Silicon is the second most abundant element on earth, making up a hefty 27.7% percent of the earth's crust. Apart from its ability to create sandy beaches and clear glasses, silicon also holds the potential to make highly efficient metal ion batteries.

In a world where alternative energy storage devices like lithium-ion batteries are gaining momentum, there is a need to harness the excellent specific energy capacity of silicon as an electrode material. The commercial application of silicon-based electrode materials is often hindered due to two major reasons: 1) lack of mechanical stability arising from uncontrolled volume expansion upon lithiation, the process of combining with a lithium-ion, and 2) rapid energy fading caused by the formation of unstable solid-electrode interface (SEI) formation.

Over the years scientists have developed various advanced silicon-based negative electrodes or anode materials to overcome the aforementioned problems. The most prominent among them are silicon nanomaterials. However, silicon nanomaterials come with certain demerits, such as a large demand and supply gap, difficult and expensive synthesis process, and, most importantly, a threat of fast battery dry-up.

"Silicon nanoparticles might provide increased effective surface area but that comes with its own drawbacks like increased consumption of electrolyte as well as poor initial coulombic efficiency after a few cycles of charging and discharging. SiMPs are the most appropriate, low-cost, and easily available alternatives, especially when combined with materials that have exceptional structural properties, such as silicon oxycarbide black glasses. Our material is not only high performing but also conducive to scale opportunities" explained Prof. Matsumi when asked about the rationale behind the study.

The team designed a core-shell type material where the core was made up of SiMP coated in a layer of carbon and then the silicon oxycarbide black glasses were grafted on as the shell layer. The prepared materials were then used in an anodic half-cell configuration to test their ability to reversibly store lithium under different potential windows. This screening showed that the material has great lithium diffusion ability, reduced internal resistance, and overall volumetric expansion. The superior electrochemical properties of this new material were further established by the 99.4% retention of energy capacity even after 775 cycles of charging and discharging. In addition to the superlative energy storage abilities, the material also exhibited great mechanical stability throughout the testing process.

The results strongly indicate the superiority of the new SiMP-based active anode materials. Indeed, these materials have opened up new pathways for the application of silicon in next-generation secondary lithium-ion batteries. The upscaling ability of this synthesis process can act to help bridge the gap between laboratory research and industrial applications in the field of energy storage. This is particularly important for producing low-cost electric vehicles, which can appreciably reduce carbon emissions. Prof. Matsumi highlights this significant application of their study by saying "Our methodology offers an effective avenue for the development of high-performance anode materials for energy-efficient lithium-ion batteries, which is an essential building block towards creating a sustainable and low-carbon tomorrow."

We are certainly amped up about a fast but eco-friendly future! 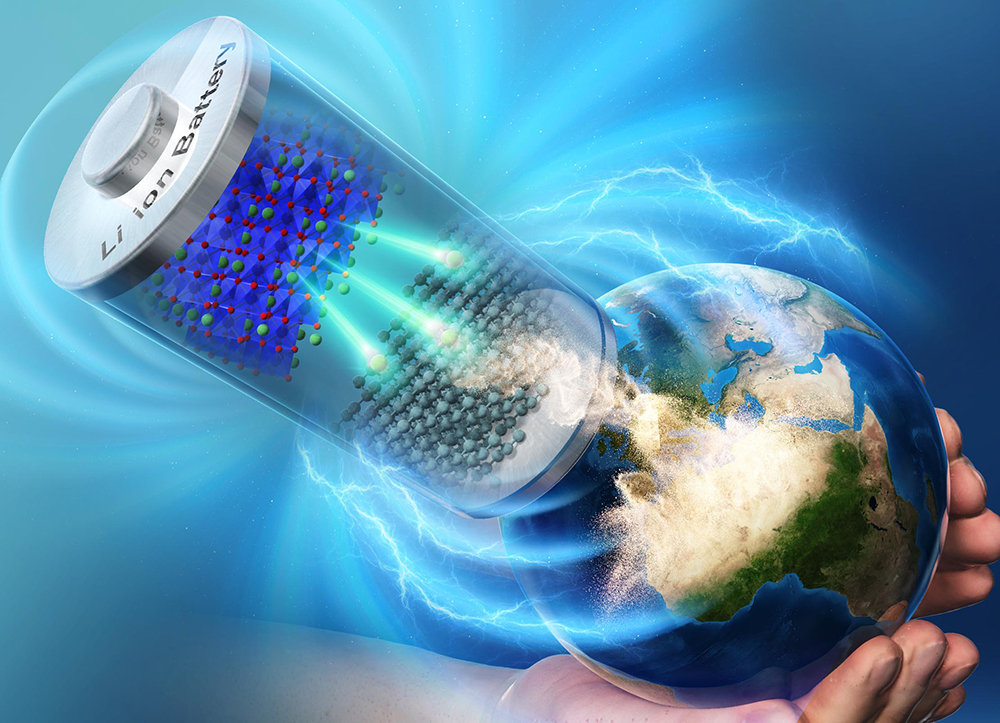