Biyani's International Conference 2017 was held at Biyani Girls College, Jaipur, India, from October 11th to 13th, 2017. Biyani's International Conference was the 12th annual conference organized and sponsored by Biyani Group and in collaboration with Higher education institutions in Japan, including JAIST. He presented his research on the second day on "Positive Attitude : A shift towards a sustainable society" and was awarded BEST ORAL PRESENTATION.

■Title
Some insights obtained from Fieldwork: Based on observation, listening and data collection

■Abstarct
There are three major problems in Japan: population decline, aging population and birthrate decline. The paper focuses on a little rural area in Japan where some town residents are now yielding a local agricultural product (Yuzu:a citron) on a small scale as an economic stimulus for the region. We have started a fieldwork ("the mini Nomadic University") over the area to figure out the current issues surrounding the farmers and town residents. The issues include how they can make sustainable production of local agricultural product and how to find their successors. After the mini Nomadic University was over, the author continued the fieldwork as a coordinator of value conflicts among the stakeholders. He has discovered that it is important to alter the expected values on all the stakeholders and this can be achieved by the intervention of a field worker who behaves as a value coordinator.

■Comment
It is the first time for me to give a presentation in English. I did not expect that I would get the prize. I have many people to thank for their various support to my research.
This surely improves own motivation to finishing research. Dhanyavaad! 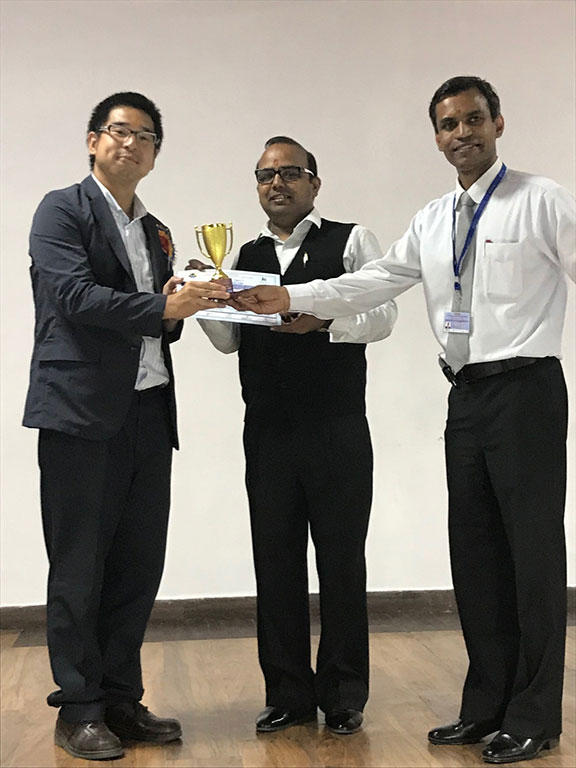 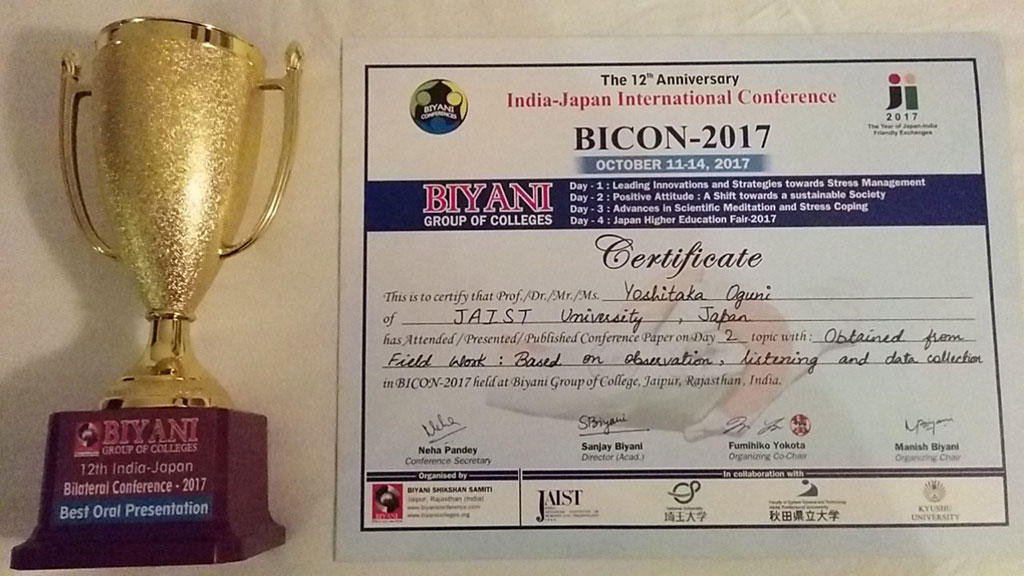