JAIST organizes Japanese Cultural Excursions for international students to deepen their understanding of Japanese and local culture, while also deepening their exchanges with Japanese students.

The first Japanese Cultural Excursion in this year has taken place on June 21, 2019. 7 JAIST students visited Higashi Chaya district where one of the popular tourist areas in Kanazawa have a Gold leaf crafting experience. It was the first time they saw and handled 1/10,000 mm thin delicate gold leaf, but they enjoyed making original gold leaf works such as small box, plate or compact mirror. After that, they visited one of the national important cultural assets, Ochaya Shima Geisha House. They were impressed by its unique Chaya style of architecture and the atmosphere which has remained since it was built in 1820, and a few students tried to play a Shamisen, a three-stringed instrument and Taiko, Japanese drums there. This excursion was a great opportunity for them to know Kanazawa’s traditional crafts and culture and to deepen the exchange among the students.

The 2nd Japanese Cultural Excursion in this year has taken place on August 23 2019. ７JAIST international students visited Yamato Soysause & Miso KOJI park in Kanazawa city. After the park tour and explanation of the products and KOJI, they tried KOJI hand-bath. Participants were very impressed by that their hands got so smooth after the bath. Then they made and tasted 2 types of Miso soup. Most of the students didn’t drink miso soup till then, however, they were all amazed by the difference between the two according to the fermentation period and some students had second soup, saying “Oishii!” After the experience at the Yamato, students strolled around Ohno area, port town freely and were impressed by the old streets and atmosphere while looking at the sea of Japan. Participants from China, Vietnam, Bangladesh and India deepened their exchange during the excursion, they had a meaningful time to develop their understandings of Japanese culture. 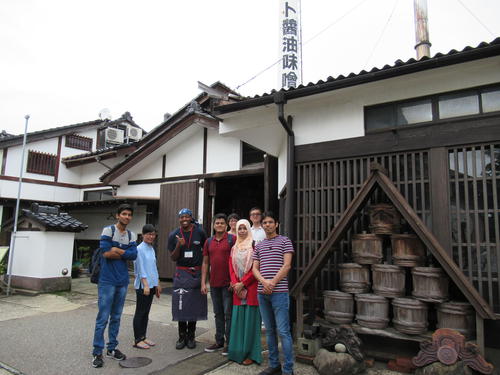 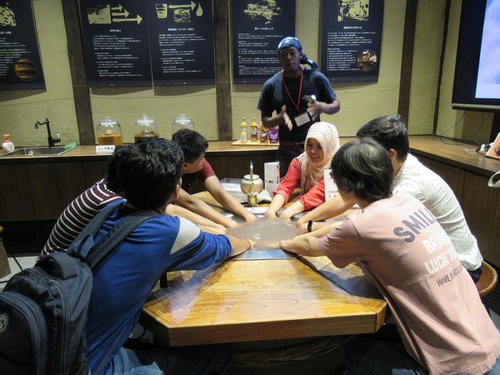 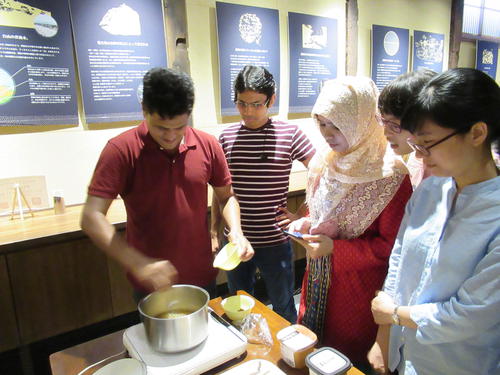 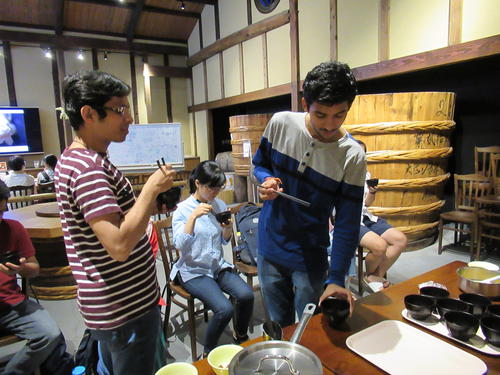 The third Cultural Excursion in this year has taken place on February 21, 2020. The nine participants visited Yunokuni no Mori Traditional Handcrafts Village in Komatsu and tried Katazome (Stencil Dyeing), a method of dyeing fabrics for Kaga-Yuzen. First, the participants chose each item and design they liked and dyed them in the color they selected with 5 to 6 stencil boards. They used particular brush and moved it like drawing circles. They dyed their item very carefully not to go out of the draft lines but it was hard even if they used stencil boards. Some participants tried Soto-Bokashi (outer gradation), which is one of unique methods for Kaga-Yuzen. After trying Katazome, the participants walked around the village and spent their time trying ceramic painting for Kutani Ware or strolling to look around old thatched roof style houses built in Edo era. They had a great time to know a lot of Japanese cultures in the beautiful village. 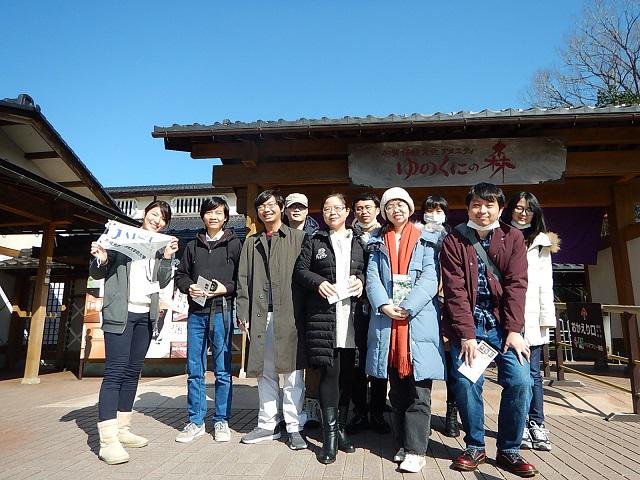 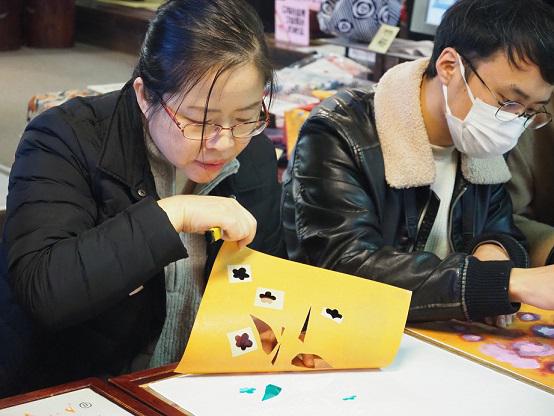 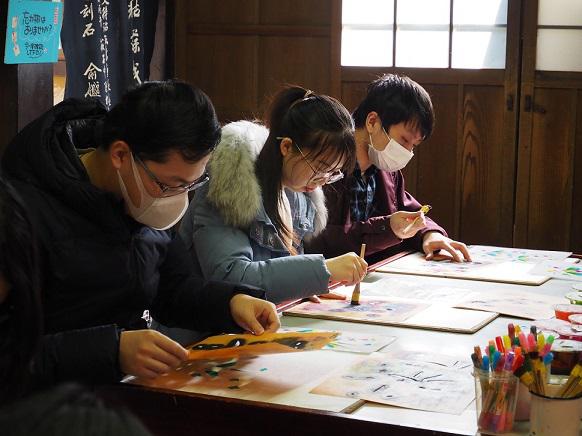 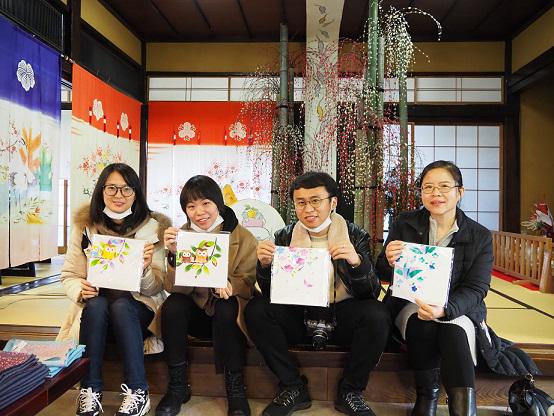 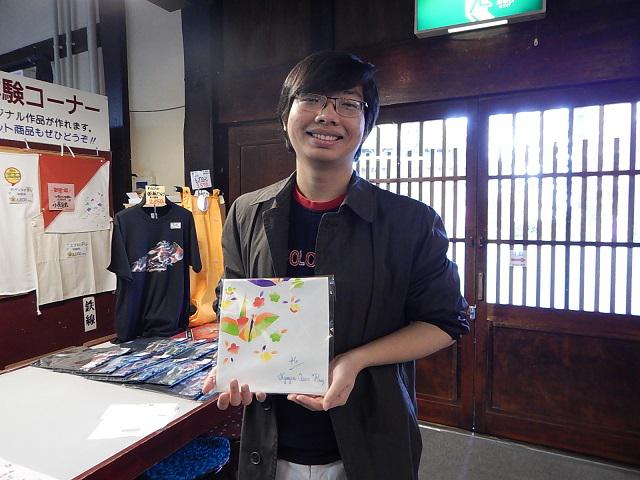